When Princesses Turn Into Pirates!

(Solutions for Dads looking to navigate the waters of Teen Girlhood) 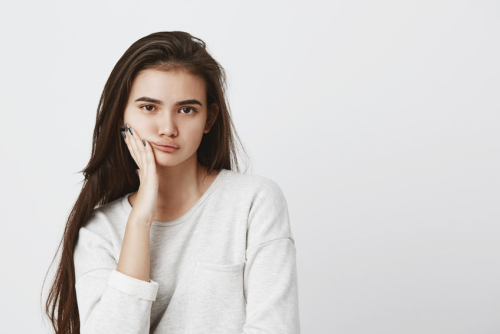 We all know you have one of the hardest, most satisfying, jobs in the world – navigating the changing tides of raising a daughter. One thing I’ve noticed through the years of working with families is that there seems to come a time when Dads scratch their heads and say “What happened?” Instead of having a princess who couldn’t get enough of Dad when they were little, they now have more of a pirate on their hands. A sudden stranger who avoids conversation by muttering noises, never has time for them as they are always off on another adventure, and prefers her “mateys” or wants to be alone. Once you factor in the attitude changes, that princess you love can become about as approachable as Captain Hook. It’s a dicey situation, and I’ve watched many men struggle through this period with little direction on how to make it better.

First off – It will be OK! I know you thought it would never happen to you, but it is very normal for girls to pull away from their parents durig their development through those pre-teen and teenage years. It’s part of them finding their independence and individualizing from the family.  In other words, she’s growing up. There is nothing wrong with that. As girls start to grow and mature they start having interests of their own, their bodies change and they are often not sure how to handle that, they begin to have issues they want to solve themselves or with friends and, quite frankly, don’t want parents a part of everything. I see this beginning typically in those tween years, around ages 9 or 10, or around 4th or 5th grade. So as girls start to change in these ways, it seems like dads are not really sure how to change with them. It starts small with not wanting to be your buddy in the garage anymore, but then snowballs into lots of different areas. And by the time they’re teenagers, she’s not wanting to talk much or be with you one on one, period.

So, I want to give Dads some tools and ideas to help them stay relevant in their daughters’ lives, through those preteen and teenage years, and well after that. My hope is that if Dads can try some of these tricks, they can stay better connected when things get hard. And if things are already hard, you may be able to close some of the gap.

As girls grow and their schedules and interests change, it is important for Dads to keep spending regular one-on-one time with them. This can happen through setting rituals. Maybe it’s Ice Cream Sunday, and every Sunday you have an ice cream date. Perhaps coffee every Tuesday, some scheduled time together at the gym, or going for a walk at a regular time or day of the week. Whatever the ritual is, it should be treated as sacred and rarely-negotiable. If there is a schedule issue, then agree on a substitute time in the week. One critical component -  phones and electronics should be silenced or off during this time. Remember to use your weekly date to its fullest potential, so daughters AND dads need to keep those devices from becoming a third wheel. Having good boundaries for how you will use this time will keep it sacred and special.

OK, so when they’re little, girls often seem mesmerized by Dad. They want a part of whatever Dad is doing. Until it seems they don’t. This is part of why these relationships are SO…MUCH…EASIER when they’re little! I remember my daughter sitting with her dad and watching American Pickers for hours on end. Then one day, she realized she didn’t care if two middle-aged men were finding cool stuff in a barn in the middle of nowhere. Dads need to pay attention to having a “give and take” with their girls. As they are interested in what you’re doing, you can also join them in what they’re doing. No, you don’t have to join her dance class, but you can have her show you what she’s learning. You could draw with her, learn the video game she’s been interested in or figure out what music she’s into now (yes, even if it sounds like NOISE!) Showing her that her interests matter to you will decrease the idea she may form that you “wouldn’t care” or “just don’t get it.” Start asking her questions or have her teach you about something she loves or is learning about in school.

This is an especially big issue with Dads and Daughters. We have a tendency to only discuss what a child is DOING rather than what they THINK or how they FEEL. Now I understand that men, in general, are not typically geared toward feelings talk. I get that. But I also think it’s important to understand that girls - especially in their teenage years - are incredibly driven by how they FEEL. If there isn’t space created in a relationship for them to talk about how they feel, they will often find it difficult to communicate at all. And that lack of communication will starve the relationship. So, Dads, make a point to not only discuss what your daughter is doing, but what she thinks about things that are happening and how they make her feel. This should be something you will most likely have to put effort into doing until it becomes routine.  Start with the small stuff, especially if your girls are older and you’re working to repair the distance with this type of conversation. Trying to get her to explain something serious she is particularly hurt about, when you haven’t been talking about feelings at all, may freak you both out a little. Start small with how she feels on relatively neutral things - like school or stuff in the media - and work your way to more sensitive subjects.

Don’t Make Her Walk The Plank

Along the lines of communication, it is important for Dads to remember to maintain some neutrality. Try to stay calm and open in conversations with your daughter in order to create that safe place for her to share and talk. If you become judgmental of her decisions (or decisions of her friends), overreact, over justify and don’t just listen, she will stop coming to you. We all can relate. We know when we’re struggling with something, exactly which friends are the better friends to talk it out with and which friends would weigh in too heavy, show little understanding, or overreact. It will be tough to keep your trap shut, but being a person she feels will give her respect and space will keep her coming back to you.

Get Her What She Needs

Don’t let Mom be the ONLY one she goes to when she needs something. Dads - we know you need to be needed. This is a big way for you to stay relevant to your tween and teenager. They have to talk to us parents when they need something, right! So why not let it be you? In many families, Mom is the go-to for everybody, for everything. So as girls get older, and they need a notebook for science or black shorts for gym, they tell Mom. If Dads step in early and show they will meet her needs, girls will learn they can come to you as well, for both the notebook, or a ride, or even emotional support or advice when they need it. Start jumping in now. Added plus is the time you spend together meeting those needs. Rides to practice and trips to Target create even more time for conversation.

Put Your Toolbox Away

Girls want to own their own problems. They rarely want you to fix it for them. This is part of them trying to gain their independence, and they deserve that space. Men typically are fixers. You don’t want them to hurt or struggle, and just want to get in and fix it. But I caution instead to pause and allow your daughter to simply talk. Instead of jumping in to fix, be a listener and try to relate to what she’s going through. Let her know if she needs your help, you are ready and waiting, but let her figure out first what she wants to do and if she wants your help at all.  I’ve worked with many kids who keep problems private because they fear parents will take away their control of the problem and step in to fix it. Clearly there will be some instances when an adult is needed, and stepping in is the only safe and practical option, whether your kids agree or not. But many problems kids face are things they can probably figure out on their own. Show her that you trust her to make her own decisions and validate that she is capable of handling things on her own.

Above all else, DON’T GIVE UP. Remember that this part of their growing years is full of changes and she won’t always know how to navigate them. As Dad, be the leader and take ownership of time (even if she balks and rolls those eyes) when you can and help make those rituals and time for talking happen. As hard as it may be, if she still keeps you distant, keep creating that space for her to show up. Even if you’re not quite her First Mate for a while, you can still have a place on the ship. Your effort will shine through for years to come, whether it is appreciated now or not.

These are just a few ideas to help keep those Dads and Daughters close. There are plenty of ways Dads find to bond with their girls. It is a beautiful relationship and one of the most important for girls in how they will develop and function in relationships in the future. It will not always be easy, but hopefully by using some of these tips, you can help bridge that gap between the little girl she was and the grown up woman she is about to become.